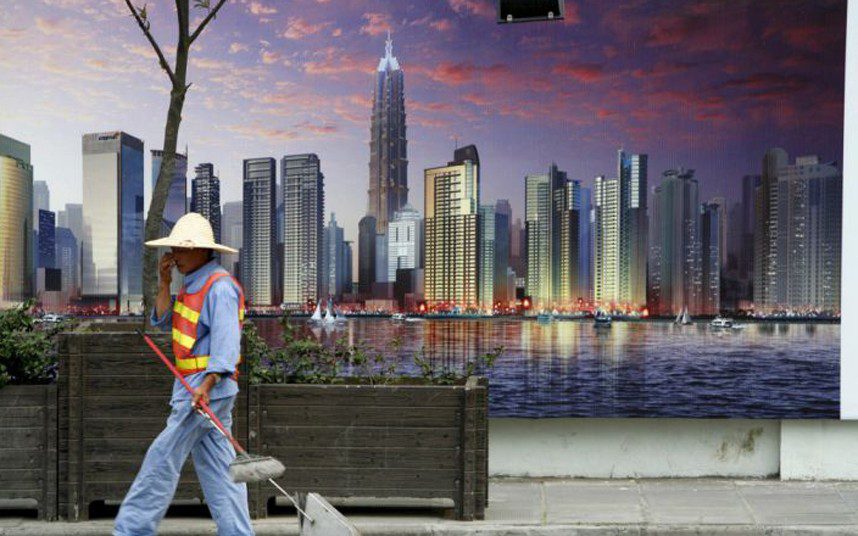 OK, so if you were able to watch your latest two videos, we should be set for a series of expectations as the world trembles about the upcoming, possible, slight chance of a rate hike – maybe?

A Couple of Funny Points

While the masses tremble over China – and they should not – I thought you might find this funny:

I was watching the financial channels early this morning – China had already closed.  The talking head reported as follows, “China’s market continued to gyrate in treacherous waves.  At one point it was down over 4% overnight as economic problems crushed stocks again. (her emphasis was on “crushed” and “treacherous)”

She went on, in a barely audible whisper, “but closed down less than 1% as stocks rallied back on the close.”

So the funny part?

A flashing graphic was behind her on screen the entire time.  I was struck by one part of the graphic – volume.

It was a grand total of 526,977 shares.  Yes, indeed – a little north of half a million shares changed hands on the exchange overnight.

Even more comical, right after sharing the “terrible” news out of China, this nice lady went on to the next news article in her script.  It was about the latest pace of mortgage applications for a new home here in the paltry little economic pothole called the United States.

The news?  There was a YOY increase in applications of 11.7% – a staggering number on the average if one cares to study it’s history.  Seems that home builders are “finding a new wave of young buyers.”

Can anyone spell “Gen Y” with me?

Even funnier?  The guy who runs AutoNation here in the States was interviewed next.  His info?  Yes indeed…more terrible stuff.

Seems August was a fine month to sell cars.  “We are hitting an annual rate close to 18 Million cars annually – an industry record.  We see these levels steadily ahead for the next several years.”

He went on to remind everyone listening, “We have 250 Million cars on the road in the US.  The auto companies have a spectacular line-up of fantastic new cars coming to the buying audience.  Technologies that many will continue to embrace.  The average car is still 11.4 years old on the road.  We expect near record levels of sales in the industry for years to come as the younger generation begins to move into the marketplace, demanding those new technologies.”

By the way – the average daily volume on the stock of Auto-Nation alone is roughly 4 times the number of shares traded on the Chinese stock exchange last evening.

If this latest bout of crowd panic – useless indeed for them – was not so sad, it would be friggn’ hilarious.

I will hope for more chop, angst and confusion in the market.

I will hope for weeks of lowered expectations and rising concerns.

I will hope for a retest of lows – maybe even a washout of same to cleanse the market.

I will use this period of angst to put capital to work – it’s why I had the cash waiting.

I will gain confidence in what this video tells me about the long-term views.

Most Important of All

As important, I have been supremely blessed with being able to work with some of the most intelligent, sharpest, extremely successful investors as partners in my career.  I will always cherish and be grateful for the wisdom they have kindly passed on to me over those years.

The Co-Founder of Tocqueville, where I was fortunate enough to be a partner for years, is one of the most intelligent guys you will ever have the opportunity to listen too as it relates to economics, patience and investing.

I bring this up because Robert posted a note in the last couple of days.  It is an extremely valid set of insights to frame current events.

I thought you may enjoy so I have linked it here for you if you want to read in whole – and I have quoted a few sections below.

Take the time to read both – your nerves will be calmed and his wisdom will sink in – helping you attain a better perspective about the future:

“Keep Calm and Carry On”

“If it bleeds it leads” the old saying goes, and indeed, roiled equity markets have been front page news every day for about a week now, butting their way into the final days of summer vacations everywhere. Memories of the 2008/2009 crisis, the 2000 dot com bubble burst and even the 1997 Asian Contagion are still fresh in most investors’ minds, so severe fluctuations like the ones we have seen lately raise legitimate concerns. Under the circumstances, one can be forgiven for putting down his book and trying to figure out what’s going on.

Now, we believe there are many reasons to be pessimistic—weak U.S. leadership (and the very real prospect of continued weak U.S. leadership) leading to global entropy, stifling and misguided regulations, the highest corporate tax rates in the developed world, policies that encourage companies to relocate and list elsewhere, climate proposals with potentially damning economic consequences, unaccountable Federal agencies, out of control Federal spending, vast public debt all over the developed world, religious fanatics in charge in too many places, and the see mingly inept in charge elsewhere.

But, all these things have been true for a long time, and they didn’t prevent markets from rising.

China has been something of a Madoffian con game for some time, indicating expectations for x% of growth at the beginning of the quarter and, by and large, printing that exact number at the end of it. People seem, finally, to be getting wise to that.  (Few believe U.S. numbers, much less theirs).  To us, a weaker yuan is no reason for our markets to react negatively.

A slower Chinese economy and a weaker renminbi (the official currency of the Republic of China) make both our commodities and our imports cheaper.  To the extent that a rising China has been something of a military or diplomatic concern, a weakened China should alleviate some of that problem for now.

Nor do we believe the prospect of a modest rate rise justifies a market panic.  Markets have been much more richly valued in the past when there were much higher rates than now, or in the foreseeable future.

What we do not have now is an over leveraged financial sector as it was back in 2008/09.  We expect there will be bankruptcies in the Energy sector, if the government allows it, and, since this is not a politically well-connected industry, unlike say, Autos or Banks, they probably will.  But, we don’t see a repeat of the earlier financial crisis, because, simply, this isn’t one.  The U.S. Economy, growing at the historically anemic pace of the post crisis years, just hasn’t created the kinds of excesses that can lead to a recession.

As Nobel Economist Paul Samuelson famously once said, “The Stock Market has predicted nine out of the last five recessions.”

Our biggest worry actually is that the government steps in to “help,” as they did in 2008 and 2009, making things worse.  With the Fed backed into a corner of its own making, options are limited.  An overhaul of the tax and regulatory environment is what is needed, but that doesn’t seem likely given the current political environment.  QE IV or negative interest rates are about all the Fed has left.  That may buoy the market in the short run, but it is not a long term fix.

These things always go on longer than one expects, but we would not be surprised to see some kind of rally by year end. By then, increasingly, the markets will be focusing on the 2016 elections.  While the current headlines surrounding the race for president aren’t particularly encouraging, it is hard to see how investors won’t be cheered by the prospect of a regime that is almost certain to be less hostile towards industry than the one currently in place.  If neither party has put forth a strong candidate by then, it may take longer for the markets to feel better, maybe after Iowa or New Hampshire.

In the interim, dislocations of this magnitude can present investors with an opportunity to purchase sound businesses at attractive prices and that is where our focus is now.