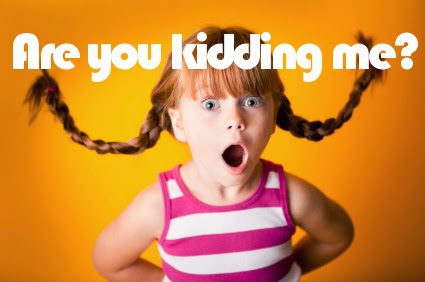 In case you have been on vacation this week, the markets have, well, apparently forgotten all of the elements they were fretting over a couple weeks ago.

Yet again, this came right on the heels of mammoth readings of fear in just about every category.

There is an old saying, “you always have too much of what you don’t want and never enough of what you do want.”  This is a way of saying, it’s never perfect – no matter how much one might want to anticipate such.

That noted, my concerns were written for all to see early this week and late last week in your notes.  I did have a fear – but it was different from most.

I feared we might see a very quick end to the lower prices.

My fear was that we could see this set of hurdles dry up, greatly shortening the window of time to act on good opportunity and take advantage strategically.

Call me old or slow but I always like doing things in steps.

Throw in the good ole PMI bouncing back to a 5-month high today – well above the feared 50 level – and you get the potion mix needed to leave the masses in the dust.

So here we are….Back to unchanged on the year – but plenty of good stocks are not – and therein lies the deal.

Almost nowhere for a year.  It has done what it was supposed to do.  It has set in stone even more fear about whether one can “count on the market or not” going forward.

Sadly no one knows the answer to that reverberating thought – ever.

We go forward based on trust.  We circle the heavens each day not recognizing that we could be extinguished at any moment by an asteroid – and we fret over corrections in the markets?

Indeed – it is all on trust.

Which Brings Me To This Point

While still a bit away – note the setting as we head into 2016.  Fear once again on the surface.  Massive outflows of fund ownership.  Lots of cash in the bank – even more in bond funds after the last 6 weeks.

Advisors skittish, investors bearish, fund managers rolling in cash levels and even the sell-side of Wall Street light on stocks.

We will enter the New Year setup with three basic choices:

In ten years which one will have been the better choice?  In twenty years?

Odds are extremely high that the world will keep ticking.  Eventually, sooner rather than later (though I wish later), the masses will get the idea that China can grow slower and we won’t all fall into the ocean.

Further, it will become clear that China has been growing slower for a long time already – and we were doing just fine.

So what if the Chinese consumer buys a tiny bit less than what we thought – it’s still a few hundred million new consumers to come online over the next few years.

Add on the idea that Europe will muddle through – just as we have.

Top all that off with the massive benefit of Generation Y (and Z) slowly but steadily brewing under the surface.  What do you get in the end?

A global growth curve that is more than survivable.  We will not splatter all over the ground.

And the good news is this:  if we do splatter all over the ground, the correction won’t matter.

The earnings momentum all feared was slowing rapidly – is well (as expected here) – coming along in another muddle through manner this quarter.

Not “knock the lights out” levels for sure but also not the “leap from the rooftop” fears.

We will still set a record dollar all-time earnings mark.  Revenues here are being dinged by the currency issues but that is lost in knee-jerk reactions and will eventually be round-tripped.

As to those price reactions, I will say again, we are getting a huge daily wave of now regular double digit price moves.  And it is all happening compliments of our good friends – the high-speed trader programmers.

Mind you, we have now “evolved” to where the sell programs look for the word miss in an earnings headline.  The selling is immediate and in waterfall waves.

One can only hope that eventually, securities officials begin to understand HFT for what it is – the next thing that needs to be taxed, outlawed or fixed.

That said, it does create opportunity.

Take SKX today.  I will provide you an example.

It reported last evening.  It set new all-time records for sales, earnings and cash flows.  It had three non-recurring costs for the last 90 days that dinged earnings by a collective 15 cents.  Its’ sales and backlog momentum suggest that those 15 cents will be made up pretty quickly – 2 to 3 quarters at most.

It will earn roughly 5% less than anticipated three nights early yet today, in the first hour of trade – the stock is down 35%.

Mind you – over one-third of what has been built for years and years erased in hours over a one-time miss that will likely be non-event in the next 100 days?

They sell a ton of snowmobiles and 4-wheelers in all sorts of industries.  They made a projection at the end of last year of what they would earn this year.

They announce d their 9-month numbers and beat by a few cents.  They confirmed they would earn exactly the same number they projected at the start of the year – which is a solid feat given the global volatility.

Why?  I quote from a research report:  “Our fears are a potential slowing margin rate.  Given the beat for Q3 and no raise for the full year guidance, one can assume they will miss Q4 estimates.”

Really?  Is this the brilliance that now guides massive investor flows?

Or are SKX and PII now good deals for the long-term investor.  It’s almost funny.

I stand by the notes of previous weeks.

Pray (even more frequently) for some additional setbacks as the earnings season continues.

I want cheaper stuff to pick from for a bit longer : )

Look for 2, 3 and 4 days setbacks as gifts for the long-term.

We will continue to sift through idiotic numbers like the ones covered above.

One more thing….Tech knocked the lights out – read Gen Y – they are coming – let’s be ready.