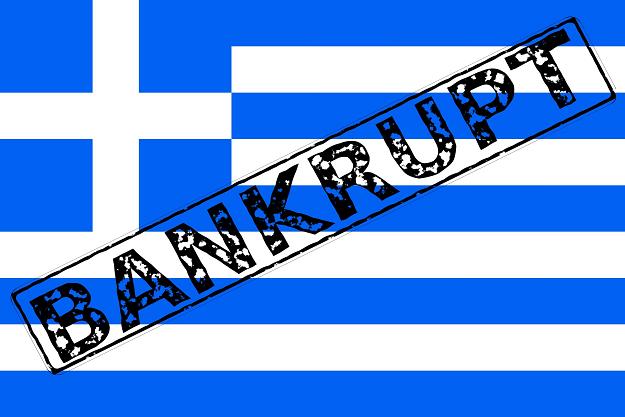 If you are reading this email, one day post G-Day (the day Greece went into arrears on debt payments for the 4,784th time in their history), then you have likely come to a very good conclusion: The world did not end.

Sure it will be choppy and cause angst – but it won’t end.

As I slide all of the Apocalypse Now video back into the drawer next to my volumes of Black Swan events research, I’d like us to consider a few things:

Nothing in Greece will change how many millions of people will leave their homes and form new households in the next 5 to 10 years here in the US….nothing.

Nothing in Greece will change how many millions and millions of first car buyers will hit the scene over the next 5 years.

Nothing in Greece will change how many millions and millions of new couples will form their own families in the next 3, 5 or 7 years.

Nothing in Greece will change the massive impact of a gigantic wave of people who will enter our economy in a new way – building the next phase of their lives in a relatively predictable manner.

Every person who will change all that we know about the world for the next 50 years – is already alive.

While Your Having Fun This Weekend (as you should be) Make sure you are sitting down when you take this data in. Consider this:

The “tepid” nature of this recovery was ALL about being unwilling to take on any new risk.

I have written repeatedly about the deeply ingrained fears triggered by the Great Recession.

The sheer terror etched into the minds of an entire generation of investors – unwilling to risk….and in so doing, missing entire swaths of wealth-building opportunity channels.

Look again at the chart above…

Look back to the early 80’s in comparison to today. Recall while you gaze upon that data that the markets more than tripled while working their way to the next lows in the early to mid-90’s on the debt service chart.

Then, after that pause and recession in the early 90’s – another “catastrophic event” at the time, the market more than tripled again to get to where we are now.

Further clarity can be gained by this summary:

The markets are 18 times higher than the early 80’s….YET, we now have far less household debt service cost than we had then!

Remember how bad it was in the early 80’s – when no one wanted to take on risk as depicted in the chart above. When the DOW was less than 1000.

Then remember how bad it was in the early 90’s, real estate collapsing – again no one willing to take on risk as the recession raked over the economy.

Each one of those low points on the chart turned out to be a staggeringly good time to take risk…even as the future was “murky” at best.

Each one of those lows on the chart was a “platform” from which great growth unfolded…all surprising indeed.

Now that you have all that in mind….keep your eyes closed and consider this:

The data shows us loud and clear that we are currently even less willing to take on risk….our household debt service levels are LOWER than they were at either of those other two points.

Now open your eyes….and know that the largest generation of people ever unleashed on the US economy is just getting their wings. They are just leaving the nest…they are just learning to fly and build and do predictbale things humans do in their lives.

Then, take a look at this picture. Now, THAT is what the economy is preparing to do – in my humble opinion.

So for now, I close with three final thoughts for this long weekend:

Pray for a correction….

Get your surfboard ready – to paddle out and catch the huge waves of growth coming at us….slowly, but surely.

Greece, Summer and The Big Picture