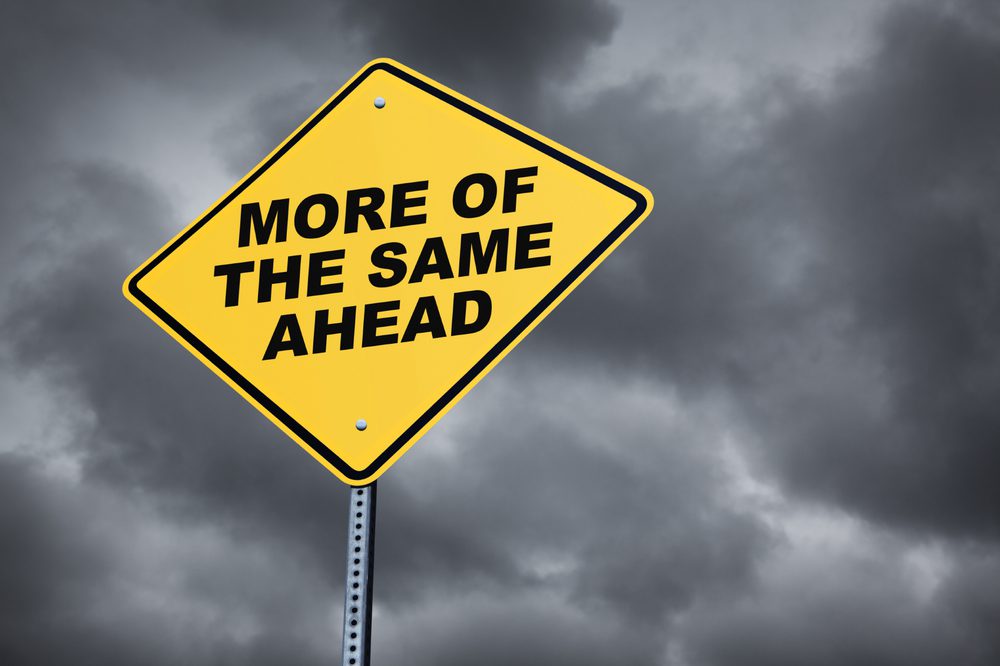 I have a new acronym for this summer: MOTS (more of the same).

I write to you from Maui as we try to squeeze in a vacation for the family before the last of the summer haze.  Hence, if the timing is off during the day, you will understand.

Ah yes…China.  Odd that just a year or two ago, the Chinese currency was being spoken of as the next global currency.  Gold was on its way to $5000 and the US Dollar?  Well, it was the proverbial “toast”.  What a diference a year makes.

Today, China surprised everyone with a currency devaluation.  Now, call me a nut–but I suspect the world p owers will be far less inclined to add a currency to the global basket when it has just been chopped by its own communist government.  That’s a story for another time and place.

The action today by China was just another stage in the fight against something they will unlikely be able to counteract.

Their issues are all about demograghics.

Sure, while the rest of the world was yelling at Bernanke for QE programs, China was simply masking its own efforts.  They never really went into the woodshed.  At their core, they are suffering the consequences of interrupting birth evolution.  Research shows very clearly that if you limit normal birth cycles as they have, there will eventually be a price to pay.

While some will be cast off their pathway because of the “news” in China – our take is simple:  Ignore it.

< em>Instead, focus on where those global benefits will fall too – and your eye will suddenly ramp back to the USA.

Are You Nuts Mike?

Sure, that sounds pretty dumb but let’s take a look at some of the facts (charts below).

As dismal as everyone feels – and they do feel dismal if you look at any investor poll or watch money flows – what may be getting missed is, well, reality.

Shake off the epic correction in oil sector of the market and the rest of our earnings base grew by over 5% YOY on a revenue rise of about 2%.  By the way–those are both record all-time highs.  As suggested months ago, it will take 2 to 3 quarters for the sectors in the market which are benefitted by lower oil costs to be able to show that input improvement on the bottom line.

All in all – the summer haze ha s done nearly precisely what we had suggested back on Memorial Day.

There has been a correction going on – with many stocks well off their recent highs.  The rotation has been significant and masked by the averages.  But it is normal.  In fact, it is yet another sign of a secular bull market and its internal churn as fear continues to be well entrenched in the psyche of the public.

Many like to chatter about the Greenspan Put, the Fed Put, the Bernanke Put, etc., etc.  I would argue the better focus would be on the Buffett Put.

Indeed, the last “biggest acquisition” of his time was when he spent $20 Billion on a railroad a few years back.  By the way–he has earned all that back alrea dy.  I digress.

The point is that when he bought the railroad the press was clear – a foolish mistake indeed.  Overpaid.  Not timely.  Railroads?  Are you nuts?  Who the heck needs a railroad?

And then….well, we know what happened to railroad stocks right?

This time – the newest “biggest acquisition” is all about transportation again – but this time by air.  PCP is a huge supplier to the remake of the airline equipment business and other industrial service channels.  I suspect that portends a signficant wave of growth in those areas in the years ahead as tens of thousands of new airliners will be built to ship an ever expanding number of travelers around the world.

It’s also likely a good indication that the industrial sector as a whole has been beat up enough.

Here is the question one must ask themselves when all is quiet:

“Do I want to side with the media hype about fears and things I should constantly worry about as it relates to our future or should I have the same confidence carried by the guy who has made more money in the market than anyone else on the planet?”

Afterall – even billionaires would not bet $30 Billion+ on a whim.  Right?

Sadly – as stated above – too many will take the summer chop and even today’s reaction to the latest in the “China Syndrome” as a dire indication about our future.  While we still have a few weeks left of the summer haze – and I suspect more chop and churn as well – these “dark times” are your best shopping periods.

Be patient and disciplined.  We had high cash levels just for these very reasons.

As spoken of so many times before – it is not the end of the world.

“Mike, are you reading the headlines man?  Do you know how bad it is out there?  Can’t you see the terrible problems we face?” and the always present, “I don’t recall it ever being this bad.”

Those are the remarks I have heard all summer.  My answer is this in a collective summary:

It is the very process of fixing problems that drives our collective evolution.

So While Too Many Fret…

And also – don’t forget these little factual tidbits in chart form from our friends at Calafia Beach:

Business surveys are doing well – some at highs: Regardless, July’s reading was much stronger than expected, and it marked a new high for the current recovery. This augurs well for conditions in the economy’s largest sector.

So much for the bad news bears on that count. The Non-Manufacturing Composite Index, shown above (blue line) was much stronger than expected (60.3 vs. 56.2), and itmarked a 10-year high.

As the chart above shows, conditions in the service sectors of both the Eurozone and U.S. economies are improving. The employment sub-index is important because it reflects business’ optimism about the future.

Here again we saw some surprising strength in the July survey—and a new high for the current recovery. This augurs well for future payroll growth. The AIA report on architectural billings posted a very strong reading in June, and a new high for the current recovery.

This suggests that commercial construction activity is going to be picking up over the next 6-12 months. I spoke of this last week but this chart is better:  note we have not been this low since – well – 16,000 DOW points ago.

Unemployment claims have been falling for more than six years, with no let-up in sight. Claims have reached levels not seen since the early 1970s, but relative to the size of the workforce, claims are as low as they have been in recorded history, which goes back to the 1960s.

This suggests that businesses are not running into unexpected difficulties, and have trimmed their labor force to very lean levels. More hiring is much more likely than increased firings.

This tells us “up” is normal.

It also tells us “down” is merely an opportunity IF we are patient, focused on the long-term and can control our emotions during stressful windows of time.

End of the World?