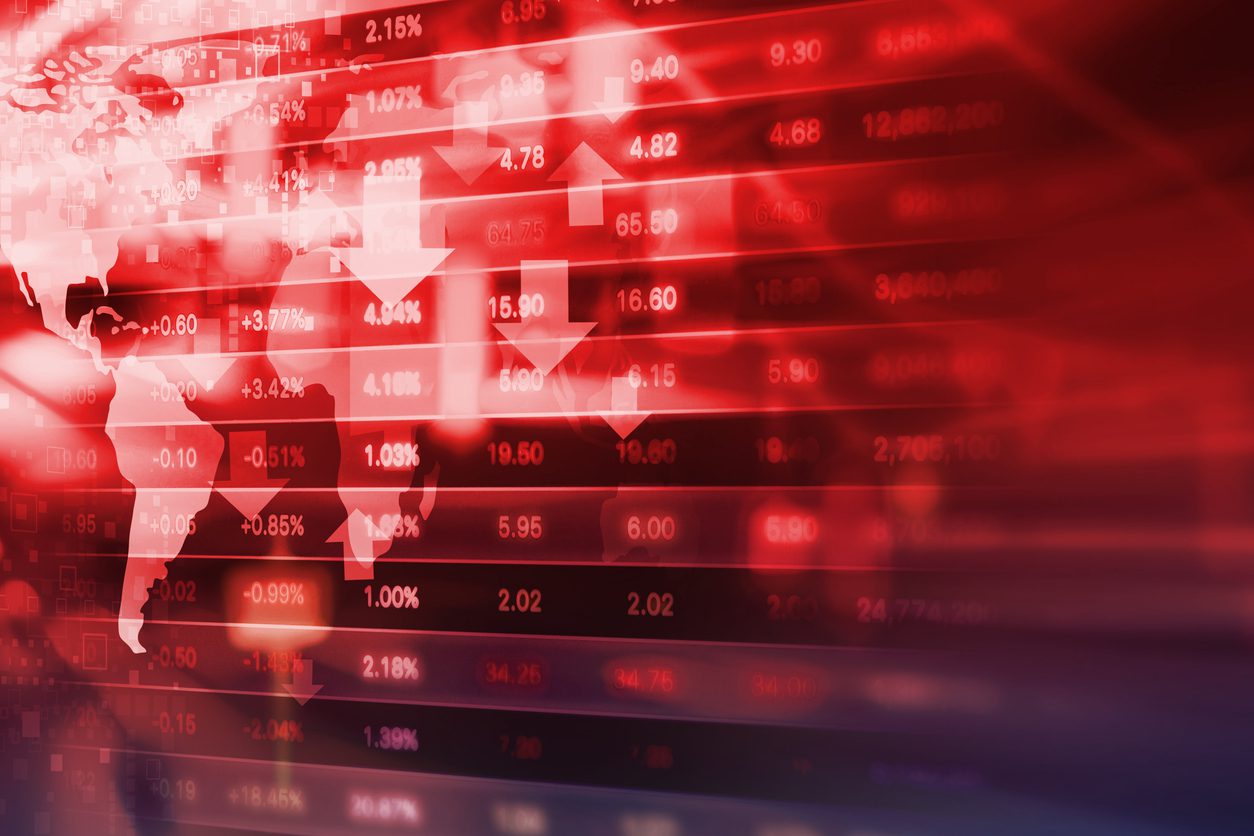 Let’s face it – the audience now hates stocks today as much as they did in March of 2009.

So we find ourselves swimming in a sea of red.

Worries abound and as was the case with so many times before, the experts sprouting from every nook and cranny to let us know the clear and treacherous peril we face all seem, well, so correct.

The crowd has been trained well to fear.  It has taken years to break the spirit – it started at 9/11, followed by the last stages of the tech bubble.  Then the housing and debt crisis – then every crisis ever known to man since – from Ebola to Greece – they all were here to get us.

We were assured we would not make it through any of them….just as we are being assured of today with the current “crisis”.

Oddly, I get a sense from the calls and emails I am getting hourly that it almost feels better when we can be afraid again.  It has become a comfort zone of sorts after years of being told everything under the sun will hurt us.

As a reader of these notes, one should not at all be that surprised by what we are witnessing in the markets today.  Surely the idea that China was a dark spot on the landscape should not be a surprise.  We have covered that for years.

Yet, while the masses seem to want to ignore all the real improvement made in the US since the crisis, it has always seemed sexier to think the grass is greener on the other side.

Somewhere in that Chinese sales pitch the masses bought into, they forgot that the Chinese government is a communist regime.  Right?

Did one actually expect the truth?  If so – exit the markets immediately.

Here is The Deal

As we scratch and claw our way through the last few weeks of this thickening summer haze – man it went by fast, recall where we started.  One can track those thoughts through every morning note and video sent this summer.

It is clear – and now, it is unfolding.

But what is the catch?

Let me step back for a second.

I recall a moment back during major storms on the ocean when we were caught in the middle of nowhere.  One of my colleagues on the racing team paused for a moment to speak to me–clearly recognizing that calm but quiet “how in the hell do we make it through this” look in my eyes.

He said in that calming tone you need when you are just on the edge, “those that overcome these types of things just learn to see with better eyes.”

Before I make the next point, it is timely to remind you of one of my favorite lines ever in a song:

I’d like you to ponder everything before us for a moment – but in a much larger sense of things.

Think of each summer swoon – and try hard to forget the emotional charge which accompanies them all.

Think instead of just price.

Today, we are witnessing a return to where we were one year ago.  On many ocassions this summer I have hinted that “we may very well see ourselves sit in this trade range for a year”.

Alas, c ongrats.  We have arrived.  Panic may carry us a little further indeed – but here is the aspect we must find within ourselves…

Think of all other summer swoons.  And then consider this:

If they ended at higher prices than where we are now – it was worthy of attention, panic or whatever emotional description you feel comfortable using.

However – and this is the kicker that too many are blinded from during bouts of panic:

If they ended at lower prices than where we are now – they were all buying opportunities.  Yes – opportunity in multiple and repeating seas of red.

There is one every summer.  Just like cases of Bird Flu in every flu season.

I think if I hear one more thing about how cheaper commodities are bad for us – I am going to be ill.  Yet another example of fear for fear’s sake without actually thinking about what price means.

We had a commodity boom as China exploded onto the scene.  Indeed, we were first in declaring publicly at the time that buying copper in 1998 was better than buying Cisco.

As bizarre as it seemed during that BARRON’s interview, it turned out to be fortuitous as history proves.

The next 15 years were witness to an explosion of production of every commodity.  As all things do – this overshot needs.  Just because we now have too much oil does not mean we have a slowdown.

It does mean we aggressively (and successfully) solved the last problem from the summer of 2008 – when we “did not have enough oil.”  We do remember that right?

I assure you of one thing:  There will be a time in the future when the new fear will reference that we have “run out” of some asset – again – and its price will rise.

Here is the point:

If you do not own commodity producers – then you are sitting pretty.  Why?

Well, because cheaper commodity costs help far more of the planet than they hurt – here and abroad.

Oddly enough – especially China – because they use plenty of them.  In essence, economies which are users of commodity elements for production inputs are riding a wave of massive cost improvement, i.e. – a benefit – soon to be seen in coming quarterly earnings reports.

The problem with building wealth is that the pathway is scattered with sometimes lengthy periods of feeling like one is not moving ahead – only passing time.

This is one of those periods and it has been one since last summer.

That’s why you/we have lots of cash.

For “what’s next” make sure you take two minutes and watch this video:

Learning From The Masters?

You have heard me reference Warren often – we can learn much during times of stress by following his lead.

Peter Lynch, the spectacular manager of the Fidelity Magellan Fund back when few knew what a mutual fund was, recently noted, “Whatever method you use to pick your investments, your ultimate success or failure depends on your ability to ignore the worries of the world long enough to allow you investments to succeed.”

Please keep in mind that with the explosion of information, the expansion of the internet age, the internet of things and the massive reduction in trade costs, it has become easy – too easy – to simply sell.  You just need to press the red button on the screen and boom – you are done.

However, before you become accustom to that ease of use, Mr. Lynch shares a bit more on patience and investment reality here:

And this always insightful but simple thought:

“The key to making money in stocks over time is to not get scared out of them.”

Why do so few reach the pinnacle of their wealth building goals?  Because it is extremely difficult to follow what seem like very simple words noted above.

Be assured, there will always be worries.  There have been since the beginning of time – absolutely nothing will change that in the future.

The bottom line is this: as it (almost) always is the case during storm squalls like those we face now, the waves are battering, fears rise and life seems to be tipped in the balance with peril on either side.

Yet all storms end – and we have a perfect record since WWII – 11 recessions and 11 recoveries.

Stay strong, stand tall against the wind, let this panic unfold and the news headlines drip with fear.

Find it within yourself to remember this:  Warren Buffett is not selling and runing for the hills.  He is using his cash to buy up assets on sale – for the long-term, while few others are watching.

This is nearly the exact scenario we have been suggesting one await for many months now.  Let’s allow it to unfold and then begin to take advantage of it as the summer haze comes to an end, one step at a time.

The good news?  This same thing will happen again – next summer.