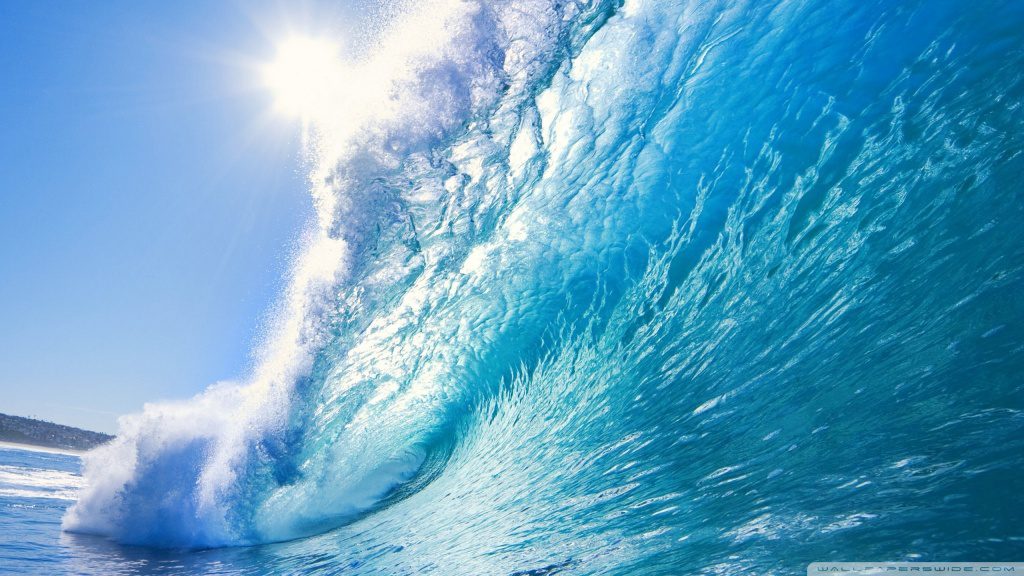 When I was a kid, I ocean-raced sailboats.

I remember starting on a small Sunfish in local yacht clubs.  We stayed in the harbor close to the docks and the races were fun.  I progressed to Hobie 18’s and the boats got much faster – courses much longer and we were well out into the harbors, a good distance from shore.

Then, it was the 50-footers, ocean racing, night fall, sailing in darkness – and with no land in sight often…for lengthy periods of time.

I learned there are bigger things.  I learned I could stare down at my feet while we were launching the Hobie 18’s from the beach – and watch the tiny waves of water lap against my feet.

I also learned that I could choose instead to hold my head up – and look farther out – and see the vast harbor we would be sailing in.

Later, I learned one of the biggest lessons of all.  I learned there was a huge ocean out there.

I remember one night, alone on watch, on a reach toward Miami, no lights except the dashboard and the stars, no sound except the wind and waves – and no land anywhere in sight.  It dawned on me early that morning that we were so small on our own but we are all one big tapestry I suppose.

In one particular squall we got caught in, I realized that the small waves lapping my feet and the harbors I sailed in on that little Sunfish were tiny indeed after all.  Far smaller than I ever imagined.  While events were terrifying at the time, I felt this strange calmness as the crew and I focused on staying into the wind and waves and surviving the night.

When the sun rose, I never was able to return to the perspectives I had prior to the storm.

We can choose how things “look”.  We can watch the small waves and fret over the water lapping at our feet.

Or, we can look up and gaze over the vast ocean of opportunity we live in, the even more vast blessings we all have in our hands, our lives, our minds.

It is said the wealthiest places on Earth are the graveyards holding all those who never looked p ast the small waves rolling against their toes.  They left this place with all their greatness still inside, left for all remaining to wonder about.

Markets and news tend to make us all do the same thing.  They tend to try to force us to focus on the water lapping at our toes…the small waves…the harbor.

Instead of the ocean – with no land in sight.

The latest events are good examples.  We have spent years fretting over Greece.  Their GDP for the world to create carnage over is all of $250 Billion a year, give or take a billion or two.

Except in its just released earnings, Apple shared that their cash balances alone are now over $203 Billion!

Today 3 of the top 10 largest cap companies on the stock exchange are all driven by kids.  Companies, mind you, that did not exist in even remotely the same sense 20 years ago.  Apple, Facebook and Google are all the new world.

They are the ocean.

Too many are still too close in – focusing on the harbor – or the shore.

Has It Dawned Yet?

For sure, the last 30 years have been an eye-opener.  Filled with troubles, loss, despair, the lowest of lows, unthinkable carnage, terrorism, wars and untold numbers of political problems and economic deceit.

Who would have ever imagined all the natural disasters thrown in for good measure…costing hundreds of thousands of lives.

Who would ever think that thousands of others would bravely volunteer to pay the ultimate price for us to stand here and decide what we will choose.

Indeed it has all happened.  But something else did too.

In all that mess and despair, the menagerie of problems, seemingly coming one after the next, we have created a new world.  A standard of living, technologies, businesses, sciences, medical breakthroughs and levels of overall wealth that could not have possibly been comprehended before.

1985 to 2005 – 100 Million kids were born here.  Those 100 million kids taught us how to make Google, Facebook and Apple three of the largest companies on Earth….and we did not even know we were doing it.

The bigger wave?  They have not even started yet.

They are going to build things that we cannot possibly imagine.

Are We Ready For It?

The future is more vast and filled with more opportunity than we can possibly imagine.

We can all easily describe the terrible problems suffered over the last 30+ years.

The bigger wave however is this simple fact:

While all of the garbage was unfolding, while all the fears were being etched into our minds…the market went from 970 to 18,000.

The next 30 years will look a great deal like the last 30.  Filled with many problems.

Using the same parameters though, the same rates of return “suffered” through since the early 80’s….would take the DOW to 220,000++ over the next 30 years.

Can you even imagine how big that ocean is?