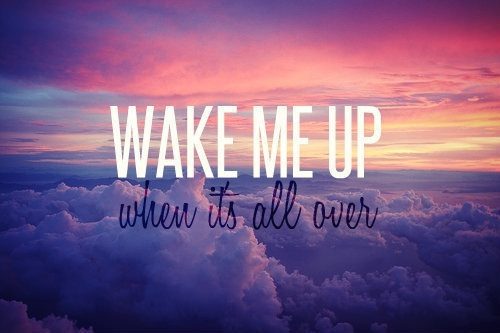 Not much change in the scenery these days.

Whether it be Greece, China or the Yuan as the monster du jour, the markets can only choke for a few days and then balance themselves back in the middle of the trade range (as we sit now).  Interestingly, the only investors who seem to be selling are those holding equity mutual funds in the US.

Once again, as history always proves in the end, the masses are buying the expensive stuff and running from the comparably far cheaper stuff.

The Haze and Fear Effect

We are counting down the last weeks of the summer haze and it has unfortunately been as borinig as I feared it might be when I the morning notes “Welcome to Boredom” were sent on June 2.Â

In “The Bigger Waves“, I reminded us we could choose what to pay attention to a bit later in the summer as the process of watching paint dry became painful if one did not have any cold cocktails nearby : ).

Have no doubt: We are witnessing all the hallmarks of a trade range.

As covered several times since Memorial Day kicked off the summer of 2015, trade ranges serve a vital purpose in long-term market structure.  If one takes the time to study these elements rather than agree to become terrified by attention-getting headlines – it will be secure in your minid that trade ranges tend to lead upward after a rest – a lunch stop if you will.

What they don’t do is top a market.  Sentiment in the gutter does not top a market either.  Trllions of dollars in scared mone y sitting in bank accounts can be called the “strike three” of this “is this the top” maniacal focus being fretted over by too many.

But – importantly – tip your hat quietly and thank them for the fear – it’s what will build the fortunes of the future.

The next ten years will be staggeringly better than anyone cares to even attempt to imagine at this “dark moment” in time.

People are the markets.  What humans do as they grow up is largely predictable.  Make sure you have that connection deeply seeded in your mind.

Let me tell you a little story

When everyone is already expecting a correction (that camp is now 42% of the survey public), they tend to position themselves as such.  On the street we call it “talking your book”.  In essence, it means this – sitting at a cocktail party listening to someone tell you all the bad things facing us will permit you to become their mind reader of sorts.

What do I mean?

Well, you can fairly assuredly guess where their money is invested after they tell you their perspective of the future.

Here is the takeaway:  Wall Street has overloaded the minds of the crowd with every imagineable way to “cover risk”.  Mind you – none of those things have made anyone any money since 2008-2009.

The issue is this we must recognize – when the whole world sells their funds in prepping for “the correction”, then buys puts on anything else, then uses leveraged ETF’s as extra insurance – well they actually stop the “correction” from unfolding.  Their fear-based actions indeed place a floor under the market.

The result?  A trade range.

Which in its own crazy way, builds the fear of the expected correction even more because “see Mike, the market has stopped going up”….so, and there is always the “so” – “it MUST be ready to go down.”

Make no mistake – we are witnessing first-hand the bigger costs of a market collapse.  History proves over and over that the masses tend to suffer two very costly wounds in a market setback:

First, the actual fall in prices which tends to be relatively short-lived (the average bear market is 13 months in length) – and THEN missing the recovery b ecause of emotional scars left from the fall.

Very few understand the wave heading our way – soon to engulf certain sectors of our economy in ways we have never witnessed before.

I Can Tell You This:

I do not recall a conversation I have had in recent years that was positively based about the market.

I do not recall a conversation with any party which has been positive about the future.

Think about what fear trades have produced.  The most prominent of course is the gold trade.  Recall, we were very early and one of few in public print suggesting gold – all the way back in 1998 in a 4-page BARRON’s interview (when it was $240 – and hated).

Then in October of 2013, live from the Board of Trade pits – on Fox Business News with our great friend Sandra Smith – we stated “The gold trade in our opinion is over” (at $1877).

I point this out for a larger benefit to you.

In August of 1982 – in the midst of another very dark period in our country’s history – I started in this business.  Nuts right?  LOL

It was not a frenzy because, as the experts preached “gold is the only thing that will let you beat inflation.”

So How Did We Do?

Well, after all the terrible things we have experienced and can clearly recall still in vivid detail, for every $450 one would have spent on gold back in 1982, one would have been rewarded with about $1,125 as of this typing – less however you stored your gold since then.

But for sake of this comparison lesson about experts, let’s pretend your storage was free.

The same $450 spent on stocks – just buying the index – would have you sitting with roughly $9,800 (I am light because I did not compound the dividends).

So, before you simply buy into the idea that gold is the only way to keep up with inflation or panics or catastrophies (and there will be more of all of them), make certain you remember those two numbers.

Well, I had hoped for the indices to be lower by this time in August so I feel a bit stressed and am going through many bottles of TUMS : ).

Instead all the new fangled ETF’s being used are causing major internal churn hidden by the trade range.

When someone buys an ETF, the manager/provider of that ETF must buy the equal parts of each stock in that ETF–no matter what – immediately.  Likewise – and here is the key – when fear drives the masses to sell that ETF – or worse those double and triple-weighted ETF’s – then the same manager must sell those equal shares of all stocks in the ETF – no matter the price – volume, time or liquidity – it must happen at the same moment.

This is why we now see SO many double-digit opens up and down these days during earnings season.  The worst thing ever created by Wall Street and disguised as “help for you” was the double and triple-weighted ETF classes.

All garbage – and poisonous to the untrained.  T hat and high-speed trading – another term for front-running.

Where to From Here?

I would suspect the next 4 to 5 weeks will wash our whatever trade range activity is left.

If I had to wish for something, I’d quickly place all my votes on a breakdown of the trade range to the downside of very short duration – a fakeout breakdown if you will – as covered in our previous end of Q2 video sent earlier in the summer.  Maybe it is driven by Fed chatter on a rate hike as their September meeting gets closer.

Then–a rally to surprise all as things don’t end.

We just overcome problems and move on.

For most, I would take the cash in your plan which is idle, chop it into 5 parts, invest each part once a week in your shop ping list and average things out over the next 5 to 6 weeks in steps – patiently and with discipline.

Then, I suspect we see a race to the finish line for the year after the first 10 months go nowhere – surprising most as secular bull markets always want to do.

If you need help – give me a call – happy to assist as always.

Share This Article:
Filed Under: Resources
Tagged with: Economic Update Paul Durso Summer 2015 wake me up when it's over