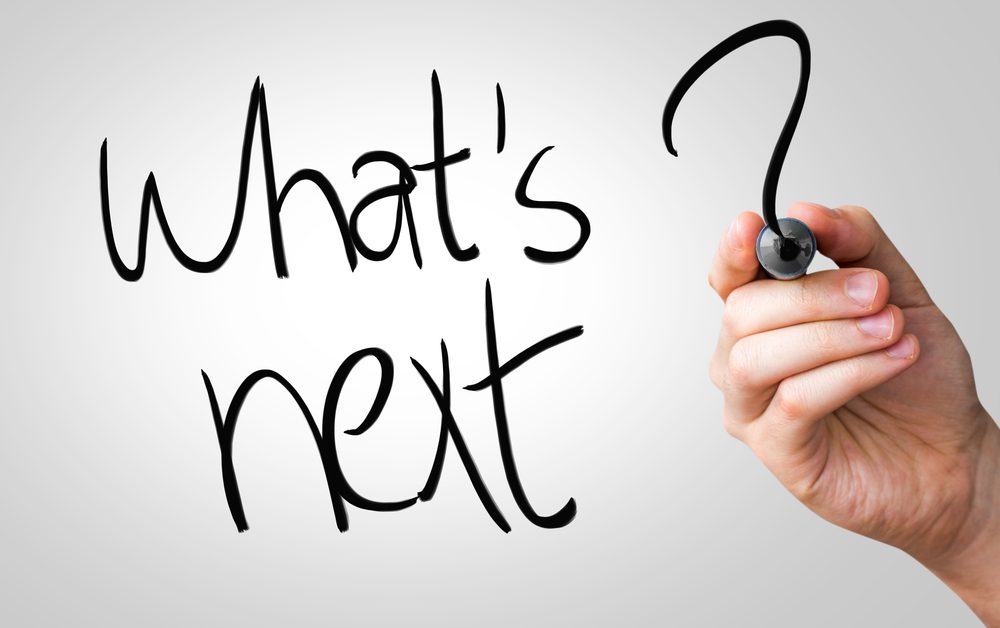 Nothing like an earnings season melee to ruin your day huh?

The older I get the more I get bugged by the earnings season process.  Way back when, it was just another period of the year.

Now, it is a volatile, nerve-wracking process that, when meshed with the new HFT killing machine, can cause ridiculous reactions in any number of stocks.

I have covered details of some of these shenanigans in past emails about DD, SKX and PII – others were highlighted in previous seasons.  I can assure you there was a time when we did not have dozens of stocks opening up – or down – by double digits, all from headline reactions.

In my humble opinion, it is making the process of helping others remain patient and focused on the long-term, more and more difficult.  Be that as it may, we will continue to stay focused on just that…with this thought…

In another rendition of focusing on what’s next, I like to ask myself this question when I see a ridiculous response – again, up or down – to a piece of data.

The idea is that we are always trying to judge the legitimacy of the data and the reaction to that data – which can be a real firestorm during earnings season.

The more nervous the masses feel going into an earnings season, the choppier one should expect it to be.  You have often read here how we tend to want to ignore what happens during key weeks of earnings season, let the reactions flow through (good or bad) and then devise effective responses to those reactions in a planning and investing program.

Again all the while, trying to remain focused on the long-term.

When I read that revenues were hit by currency translations for example – one has to decide if that effect will be in place every quarter going forward – because these days, the reaction to bad news assumes it will always be in place.

Bottom line on this topic

Earnings season is becoming more and more a playground for short-term, high-speed trader mentality.  For long-term investors it is a another brick in the very lengthy pathway.  That can bring with it additional frustration and tension – but we must look beyond that at times.

Merely my opinion on the topic:

I think if the Feds are not going to clamp down on HFT for what it is, then we will all need to become more accustom to the idea that 4 periods a year will bring very, very choppy and often volatile reactions to many sectors in the markets.

We are seeing it in ETF’s and stocks alike.  This can be hidden by the overall numbers in the indices.  Think of it as a body of water with a very choppy current under a smooth surface.

On to the data:

Earnings data remains better than expected – with the Gen Y tech names continuing to blow the rook off their numbers.

Notice I did not say fantastic as we work through this period of transition.  I merely report that it remains ok – steady – feeling like trudging through a bed of quicksand at times.

These are normal periods in a secular bull market.  Sometimes, for periods of time, it eats your lunch.  That is just part of the deal.  We all witnessed that over the last 8 weeks.  But as before, solutions are very often found.

Today – all are fretting over Apple.  It reports tonight after the close.

Be assured that report will affect many stocks tomorrow and overnight this evening.  Odds are high if there is even a ripple of “unexpected news”, we will see opportunity for long-term investors over the next few days.

In the meantime, focus on this:

We all know this is the “weakest recovery ever.”

Real GDP has only managed to grow by an annualized rate of 2.2% since mid-2009, and as noted in previous videos for you in these notes, the economy is missing out on trillions in annual income as fear keeps money in bank accounts and additionally, thanks to a series of bad policy choices.

Even Democrats seeking the presidency bemoan the miserable state of the economy.

We also know that there is a laundry list of problems out there in the world.

We have made many lists in recent weeks here – so today, here is a set from California Beach:

“slow-growing Europe is being overrun by millions fleeing the chaos in the Middle East; rogue nations either have The Bomb or will shortly; the Chinese economy has slowed from a 10% growth rate five years ago to just under 7% today; industrial commodity prices are down by a third from their 2011 highs; oil prices have plunged almost 60% since mid-2014, sending HY energy-related credit spreads to over 1000 bps and reducing the number of active drilling rigs in the U.S. by 63% from last year ‘s highs; business investment is anemic, despite record-setting profits; the world’s major central banks seem powerless to boost growth, despite years of trillions of quantitative easing and near-zero interest rates.”

One could go on, but you get the point: there is absolutely no shortage of bad news and things to worry about.

However, there is a real shortage of good things to cheer as it seems we have forgotten how to do that…..

What follows are some charts that highlight surprisingly strong things that are occurring in U.S. economy – thanks again to California Beach for the great charts….read ’em and….smile: Housing starts have doubled in the past five years, and today’s stronger-than-expected release of builder sentiment suggests that starts are likely to continue growing at double-digit rates.

Spell Gen Y for me?

The level of starts may be disappointing in a historical context, but it is the change at the margin that is important, and that change is huge. As of last August, residential and nonresidential construction spending was up almost 14% from the previous year. Car sales have doubled since their 2009 lows, and are up 10% in the past year. The level of sales is now quite impressive from an historical perspective. Bank lending to small and medium-sized businesses (aka commercial & industrial loans) has been growing at double-digit rates for five years, and is up over 11% in the past 12 months. Bank Credit, now $11.5 trillion, has increased over 7% in the past 12 months. Lending growth towers over the 4% nominal GDP growth of recent years. Credit card delinquency rates have never been so low.

Real per capita net worth is at record levels.

Households’ leverage position (liabilities as a percent of total assets) has dropped by almost one-third since its peak in early 2009. Federal revenues have been rising at an 11.3% annualized rate for the past five years, and in the past 12 months they have increased at twice the rate of nominal GDP growth.

Individual income tax receipts grew 10.5% in the past 12 months. Taxes don’t lie, and they don’t grow like this if the economy is sick. Soaring tax receipts at the very least say that there are a lot of things going right in the economy.

Why Cover This Stuff?

Well many claim I a m too optimistic.

Maybe I am just too tired to be pessimistic : )

This is not intended entirely to outline an optimistic picture of the current or future U.S. economy.

It IS intended to show that there is enough good stuff going on to at least rule out another recession.

In other words, there is plenty of good to offset the bad – all happening at the same time.

Hence, the feeling of slogging ahead in slow motion.

And that happens to be good news, considering how worried markets and the crowd remains today.

I will stop rambling now.